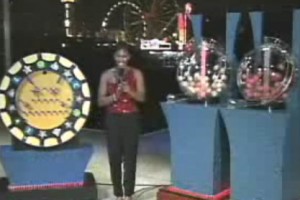 The National Powerball drawing was produced in Columbia, SC at the South Carolina State Fair in October. For this four camera switched shoot the SC Education Lottery contracted Go To Team. Providing crew and equipment were easy, but having enough resources to set-up the shots in less than 2 hours was the key. The drawing broadcast live to 37 US states at 11:00 PM, less than 2 hours after music bands wrapped performances on the same stage.

The Wednesday night drawing was hosted by Rob Fowler, Meteorologist for the local Charleston, SC NBC affiliate WCBD. Tara Robertson, spokesperson for the South Carolina Education Lottery hosted the Saturday night drawing. Both of these performances can be viewed on-line.