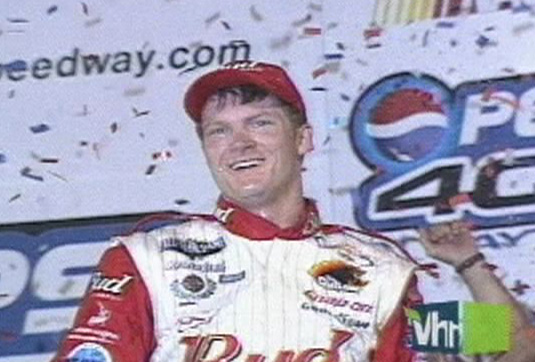 VH1’s Driven Series followed the life of NASCAR legend Dale Earnhardt, Jr. and a Go To Team’s crew was there for the whole ride. The interviews were shot during a ten day video shoot in Mooresville, NC (near Charlotte, NC). However, as per the style of the show they never interviewed Dale Jr.

“The series producer, Jen Winston, Mike Cavell (audio technician) and I were the only people to sit through every minute of every single interview. It was a unique position to be in. We never even got the chance to meet Dale Earnhardt, Jr., but the three of us feel as though we have known him all of his life.” Go To Team Director of Photography explains. 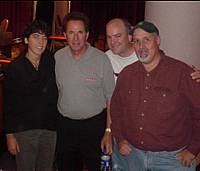 Throughout the taping VH1 was given exclusive access to the members of the Earnhadt family, as well as, some very well known NASCAR facilities.

“I found myself smack dab in the middle of a racing family dynasty. Many of the interviews were conducted on campus at DEI (Dale Earnhardt Incorporated). This place has tighter security than most government facilities I’ve visited.

VH1 had unfettered access to the people and facilites at DEI. At one point we found ourselves standing in the middle of the Bud garage surrounded by #8 cars. One of the producers from the Driven series said, ‘This is pretty cool, huh?’ I responded, ‘Cool…I have friends who would sell their soles to be standing in here.”

Go To Team’s video crews have shot on several other episodes of Driven including Limp Bizkit and Stone Cold Austin.

Click on the “Play” button to see a clip from the hour long episode in Windows Media Player.