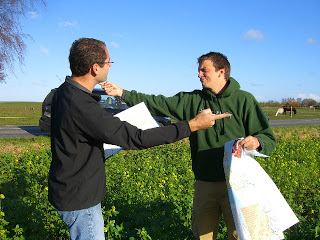 But to be honest, they’re never early. As we’ve been posting all week, Go To Team’s Skip Clark crew is in Denmark shooting with Leslie Boghosian and Jennifer Wlach from HDnet for a story about alternative energy. And to get just about anywhere in Denmark, a country of islands, you have to catch a ferry . . . And the crew has been chasing them all week. Like any shoot, no matter how hard everyone works to stay on time, there’s always one more shot to get. And it’s that last shot that’s kept them rushing to make the ferry before the loadmaster closes up the ramp. Skip and his audio operator John South have been consulting the maps all week trying to find the fastest route to the ferry. 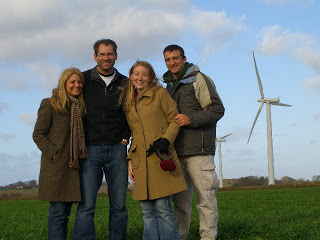 Sometimes there might be some confusion, but they always make it. Today, the crew took two ferries, from mainland Hou to the island of Samso and then from Samso to Kolundborg, while they worked quickly to pick up some b-roll of the island and all the wind turbines that power Samso. The week long shoot wraps up Thursday. Look for the story to air sometime in December on HDNet’s World Report.