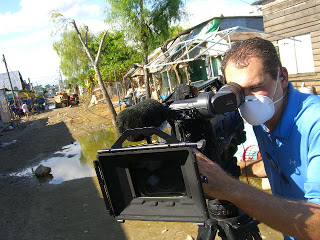 Go To Team’s Skip Clark and John South are traveling international again this week as they head for Villahermosa, Mexico. With more than 1 million people affected by the recent flooding and mudslides, untold numbers homeless, Samaritan’s Purse sent in teams to aid in the relief efforts. Known as a gold standard in the relief industry Samaritan’s Purse is led by Franklin Graham.

The last few days of October brought torrential rains to the small city and the rest of the state of Tabasco, located in the Southern part of the country. The Grijalva River flooded over its banks and into more than 70% of the country. The Clark crew, with producer Bill Meissner, arrived late Thursday night to cover Samaritan’s Purse’s relief efforts.

“These people had so very little to begin with, and now the flood waters took all they had,” that’s really the theme for everyone who visits the hardest hit portions of the state, often the poorest. 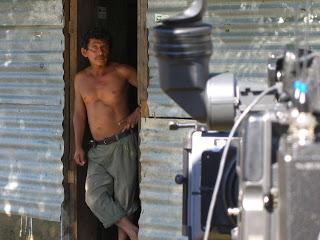 The crew is traveling as light as possible as transportation around the area is difficult at best. So that means the light kit is just one Bron-Kobold 200watt HMI and reflectors. They’ll be getting creative this week like in Denmark. Skip is using the Sony F-900 CineAlta paired with the Canon wide angle lens and a Chrosziel mattebox for a Polarizer. South is mixing on the Sound Devices 442 and using Lectrosonic 411s paired with the new SMa transmitters. All of the sound is being captured on either Sanken lavaliers or the Schoeps shotgun. 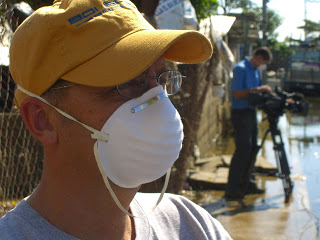