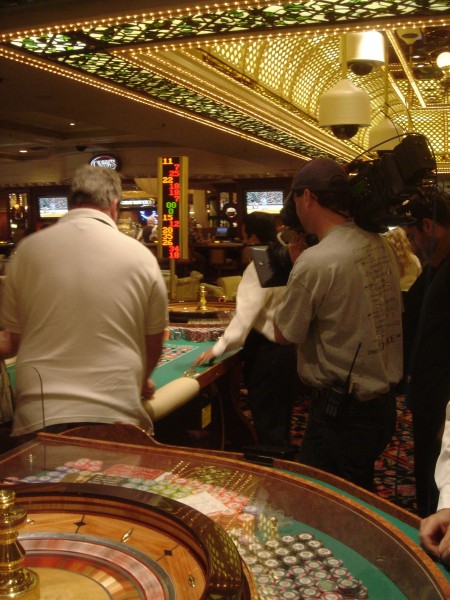 For two years Go To Team’s Skip Clark has been out to Las Vegas to cover the NBC Sports Heads Up Poker Tournament.  This uniquely styled tournament brings out all the big names in poker, Johnny Chan, Phil Helmuth, Chris ‘Jesus’ Ferguson, Ted Forrest, Phil Ivey, and movie stars like Jeniffer Tilley and James Woods.

Skip Clark, Go To Team’s Charlotte, NC, based crew, headed out to the neon city with his Panasonic Varicam to shoot the artwork and video that will be used for bumps, intros, and feature stories.  The Varicam allowed them a number of opportunities to stretch the camera’s muscle; they used some very unique set-ups while at the same time over-cranking for some slow-motion.  But the real challenge for Skip?  Staying away from the tables!