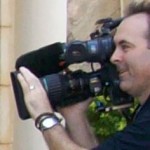 Posted 08 May in Orlando Video Camera Crew by Courtney Krebs

Janet, who now lives in Orlando, Florida, was one of 13 girls chosen out of a field of 30,000, to compete on the successful TV show on The CW.

Beckmann shot the BTS material in 24p on the Panasonic VariCam.