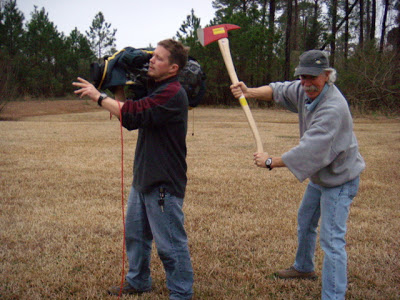 Recently, GTT’s Charlotte Based Baker crew once again “made the cut” with Modern Marvels. Starting at the Council Tool’s Forge in Lake Waccamaw, NC, the Baker Crew tracked the

creation of Fireman’s axes from their humble beginnings as unformed steel, to the drop-forged, razor sharp, iconic realization, embodied in their finished state. It was hot, it was dirty, and it was loud, but the Varicam once again proved its…..mettle?….. 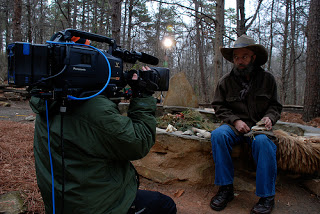 Having seen the Modern segment of this particular marvel, the Baker crew headed to the Schiele Museum in Gastonia, NC to meet up with Prehistorian Steve Watts, to learn how the first generation of lumberjacks crafted their tools from scratch. After seeing him work his craft and share his knowledge of prehistoric tool building, the crew decided that Steve Watts needs to be cloned and put out on the market as the ultimate survival tool. Producer Steve Gurgen really knows how to find an expert! The Baker crew would like to thank the both of them for one of the most interesting and informative shoots ever. 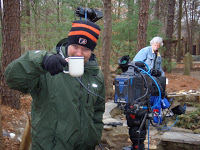 We would also like to thank Steve Watts for making the
best coffee ever shared over the creation of a stone axe.