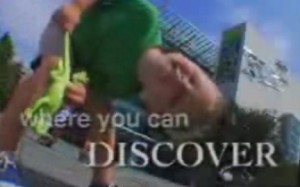 Go To Team has produced a new broadcast ad spot to air nationally for the Charleston Area Convention & Visitors Bureau. The newest commercial was lensed on the Panasonic 100A over a three day shoot schedule.

“The 24p function of the Panasonic 100A allows us to get a terrific feel without the cost of shooting HD or Film. We added a wide angle lens and filters and got everything we needed.” said Patrick Bryant, Go To Team Executive Producer.

On Tuesday, January 11th, members of the Charleston CVB’s Travel Council viewed a preview of the ad during the group’s January meeting at the Sheraton North Charleston Hotel.

The ad’s theme and title “Where History Lives” use the CVB’s existing tagline found on its website and marketing pieces. “We are very pleased with the ad and what it captures about Charleston,” said Louise Ballard, CVB marketing director.

“Our primary goal was to produce a spot that we could air any time of the year and in any market of the U.S. We believe we now have a terrific ad to serve our needs,” added Ballard.

The CVB will also feature the spot on its website, charlestoncvb.com. The CVB plans to pair the ad in conjunction with the SCPRT Marketing Co-op which will run nationwide on targeted cable networks in the very near future.

The CVB will use the spot to promote visitation to the Charleston area in a variety of targeted initiatives.

Production of the spot began in early fall of 2004. “Our charge was to showcase Charleston’s unique assets: its history and natural beauty,” said Bryant. “The ad takes Charleston’s assets and blends them into a strong visual invitation that projects our destination’s exciting sense of discovery and energy.”

Click on the “Play” Button to see some of the 30 second Charleston Vistors Commercial.