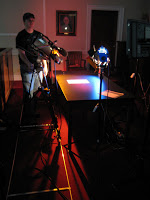 Forensic Files recently upgraded its productions from Standard Definition to High Definition. It’s camera of choice? The Sony CineAlta F900. This shift is yet another sign of the changing times, as more networks begin gearing up for full HD broadcast in the coming months. Charleston based Director of Photography Tom Wells was happy to hear of the show’s decision. What DP in their right mind wouldn’t be excited to put down their BetaSP camera and instead pick up their CineAlta HDCAM 1080P package for one of their clients? 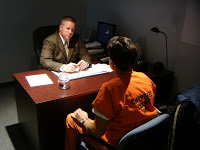 Go To Team’s Crew spent several days shooting interviews, reenactments, and of course Forensic Detectives at work in the lab while utilizing their F900 along with Jib, Dolly and a TON of gel packs (the show is known for it’s heavy use of color and dramatic lighting). You can catch Forensic Files daily on TruTV, formerly CourtTV.