Go To Team Elite Camera Crew & Video Production Crew | Go To Team is Playing Around In Philadelphia, waiting on the World Series to dry out. 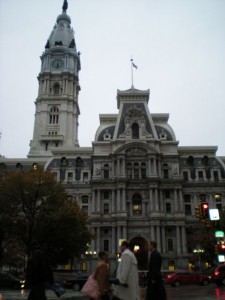 Go To Team is Playing Around In Philadelphia, waiting on the World Series to dry out.

So, for the first time in World Series history, Game 5 was suspended for rain.  Phillies fans are upset, Rays fans are hopeful.  But Go To Team’s Charlotte-base crew, Skip Clark and Rene Cusson, are happy just playing around! Fox Sports brought the Varicam crew along to work as their ENG crew for the 2008 World Series and since there was no game on Tuesday, there wasn’t much for them to do.  They drove to Wilmington, DE, where the Rays have moved to their new hotel to shoot some exteriors.  Following that, they headed back to Philly to shoot video of the inclement weather that was keeping Game 5 on hold.  Not really that hard of an assingment.  So, naturally, they started goofing off.  And what better place than the “Your Move” sculpture located in the Philadelphia Municipal Services Building plaza.  There are game pieces from Monopoly, Sorry, Bingo, Dominoes, and even Chess.  If you’re ever in Philly, this really is a cool place to stop by for some fun pictures!  But future apprentices should take note, you’ll still have to push all of the gear around! 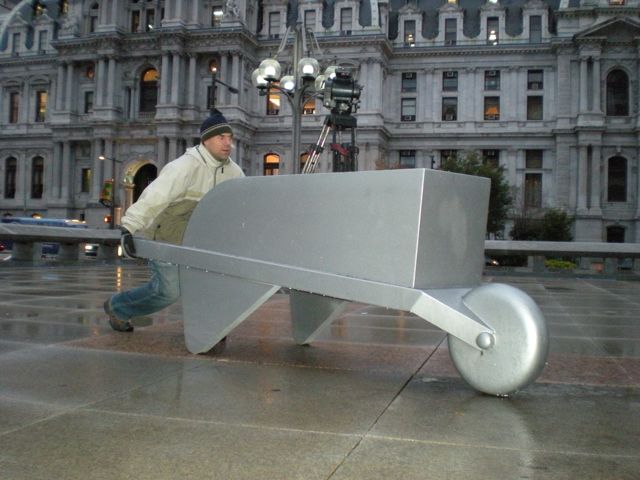 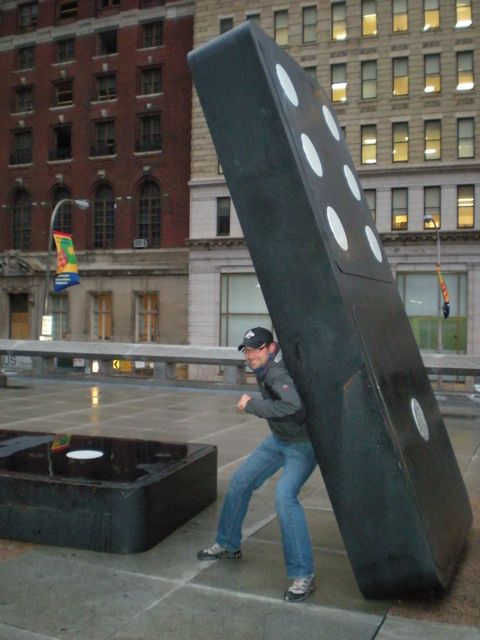