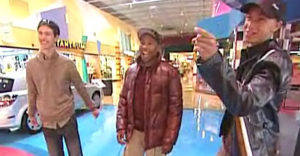 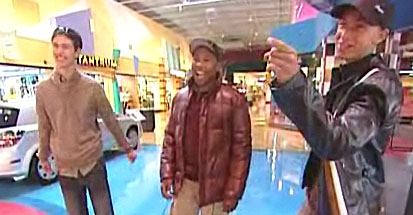 Joey Logano and his fast friends

Go To Team’s Modisett Crew traveled down from Richmond, VA to document NASCAR’s young up and comer Joey Logano and two of his racer buddies during a ESPN the Magazine’s photo-shoot.  Logano made NASCAR history this year by becoming the youngest driver to win a Nationwide Series race at 18 years old.  Joey was excited to appear in his first Sprint Cup race at Richmond International Raceway in Virginia at the Chevy Rock & Roll 400 but because Tropical Storm Hanna rained out the qualifying, he did not get to debut there.  No worries though, after hanging out with Logano, GTT’s Cameraman, Nick Modisett, is sure he will go far…”he has plenty of time”!

You can check out the photo shoot in ESPN the Magazine and here is a link to the online video.