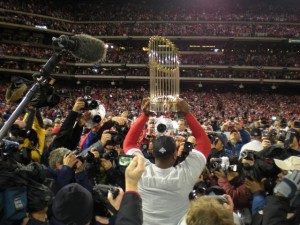 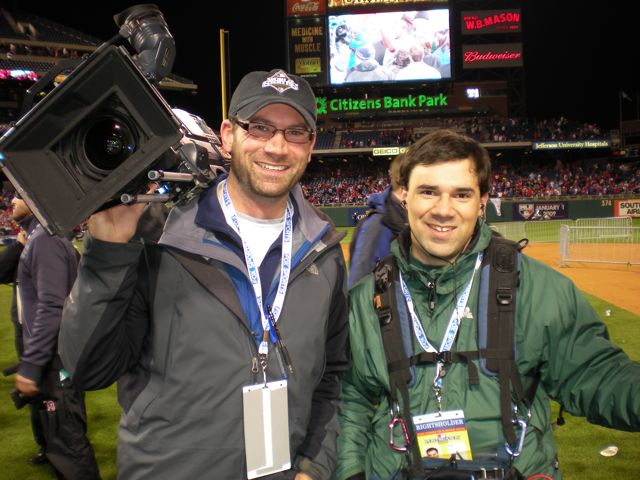 Sorry for the cliche, we got a little caught up in the celebration in Philadelphia.  Go To Team’s Skip Clark and Rene Cusson have been on the road with Fox Sports for more than a week following the 2008 World Series.  And Wednesday night wrapped up the experience!  After the rain Monday and Tuesday, the suspended Game 5 picked up at the bottom of the 6th and the next three and a half innings gave fans the best of the entire series.  The Phillies scored but the Rays came right back and tied it up.  But after the Phillies scored again to make it 4 -3, it was all over except for the non-stop cheering from the fans.  After the last out, Skip and Rene ran onto the field with the rest of the media to capture all those winning moments.  There were lots hugs and plenty of champagne, and even a run around the field with the players as they thanked all the fans.  Now that the Phillies have the trophy (Skip’s in that mess down there somewhere…), Skip and Rene move onto NFL (Go Panthers!) and the BCS. 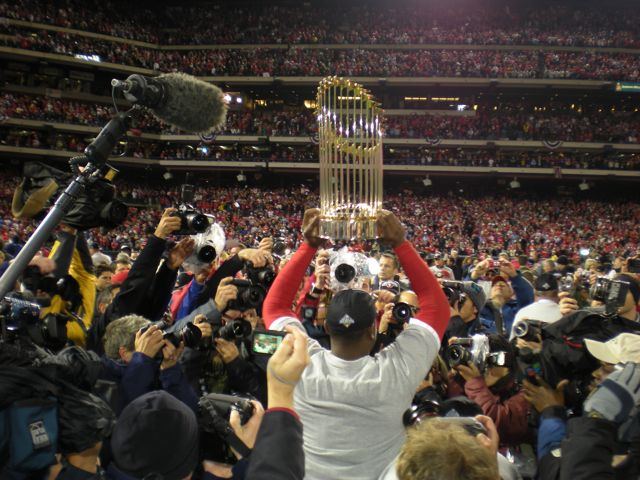