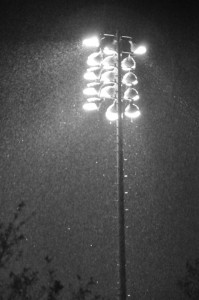 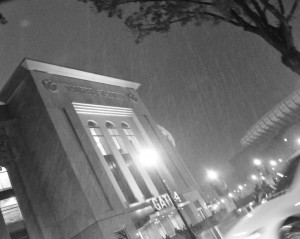 The last time we heard from our Clark crew – Skip Clark and Dan Lowrey – they were still in Los Angeles and on their way back to New York.  Go To Team’s Charlotte-based crew has been covering the Major League Baseball Post Season for Fox Sports and Friday – day ten of their assignment – was a travel day.  Since they got into New York so early, they took the day to catch up on some rest and see some old friends.  Saturday was supposed to be Game Six of the American League Championship Series, forced after the Angels won Game Five back in Los Angeles, but the rains came and moved the game to Sunday.  And it was worth it!  The skies were beautiful all day Sunday – day twelve of the post-season run – and the weather was perfect for a baseball game!  Skip and Dan spent the day gathering all the scenic shots they’ve been looking for the past five games and then made their way into the stadium for the highlights shots that get used for the roll-out feature at the end of the broadcast.  The Yankees were able to finish off the Angels Sunday night to win the ALCS.  Now Skip and Dan change gears and start getting ready for the World Series!  The first game is right in New York on Wednesday night, between the Yankees and the Philadelphia Phillies.  Go To Team’s own Dave Baker will be watching all the action on Fox Sports – he’s a HUGE Phillies fan.  We hope you are too! 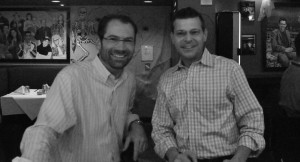 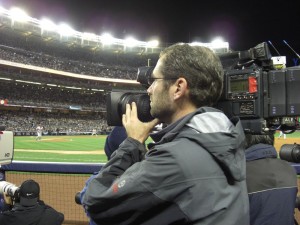 Shooting From The 'Well' Sunday Night