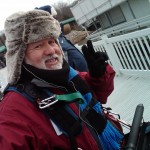 The Ryan Newman Foundation recently held it’s 4th annual Fishing Tournament on Lake Norman in Mooresville, NC.  The TV Guide Channel enlisted the help of Go To Team’s Charlotte Based Baker Crew and the ubiquitous Beta D600 to cover the event.  The Tournament was held to raise money for The Ryan Newman Foundation’s three areas of focus: Companion Animal Welfare, Conservation, and the Rich Vogler Scholarship.

The night before the tournament, Ryan and his wife, Krissie Newman, held a charity dinner and auction at his farm in Statesville, NC.  The Dinner featured a rousing performance by Bridgette Tatum (www.bridgettetatum.com), Flagship artist of Krissie Newman’s own label “Root 49 Music” (www.root49music.com), and was attended by celebrities and contestants alike.

Despite the twenty-two degree low, droves of contestants set out into the pre-dawn fog, joined by quite a few celebrity figures such as Tony Stewart, Martin Truex Jr.,and Clint Bowyer.  Some of the non-driver Celeb’s included “Big ‘n Rich”s Two-foot Fred, and Bridgette Tatum.

By Late afternoon, The Bass were weighed and released, the prizes were awarded, the Foundation benefitted, the Tapes were shipped, and Go To Team’s Baker Crew were thawed out.  On to the next “Cool” shoot….