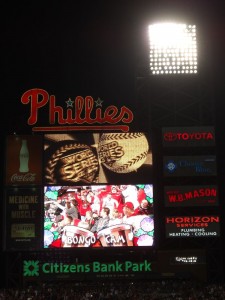 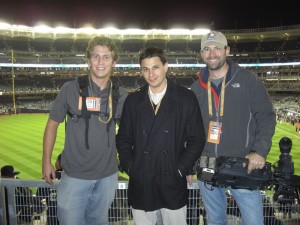 [/caption] Go To Team's Clark crew is finally coming home!  After traveling for over three weeks as they followed the Major League Baseball Post Season for Fox Sports, Skip Clark and Dan Lowrey, along with their producer Josh O'Shinsky, have wrapped up everything in New York.  It's been a while since we've heard from our boys - the last run of the World Series was a busy time for the crew - so we'll try to catch up.  Day Twenty of the trip was Game Five of the World Series in Philadelphia.  Skip and Dan - from Charlotte, NC, and Orlando, FL - kept up with the normal business of pre-game scenics for the Fox Sports Pre-Game show.  And then they went right into game mode, Dan shot beauty shots around the stadium on the HVX-200 while Skip worked from the camera while shooting game highlights on his Panasonic Varicam.  All that footage got used in the end-of-broadcast roll-out feature and for the opening tease for Game Six.  And that's where we go next.  Because the Phillies took Game Five, the whole show moved right back to New York.  Day Twenty-One - Tuesday - was a travel day for the crew.  But a busy travel day!  Skip and Dan went back to Citizens Bank Park to start a time lapse on the digital SLR that ran for the entire drive from Philadelphia to New York.  Once they got back to the stadium, the guys went straight to work getting ready to shoot interviews with players.  Check out the blog - Day 14 - that little closet/room is right where they ended up all over again!  And then came Wednesday - Day Twenty-Two of the assignment - Game Six!  And the routine was really the same as every other game day, pre-game scenics and game highlights.  But there was something different as everyone was anticipating a Yankees win.  And the New York Yankees didn't disappoint - they clinched the World Series with a 7-3 win over the Phillies.  And that wraps up the assignment for Skip and Dan.  All that's left for our guys is the travel day home - Day Twenty-Three.  Today - Thursday - they caught an early morning flight home to Charlotte, NC, and after a couple of day's rest, they'll be right back out on assignment! [caption id="attachment_5088" align="alignleft" width="225" caption="Game Five In Philadephia"] 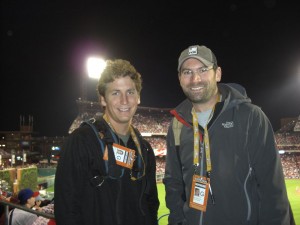 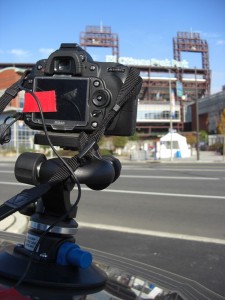 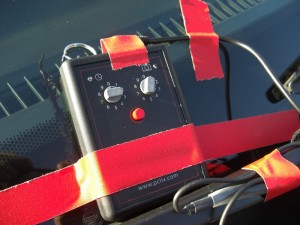 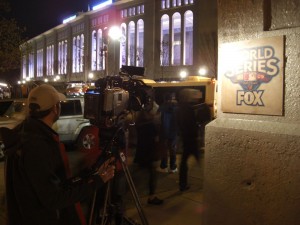 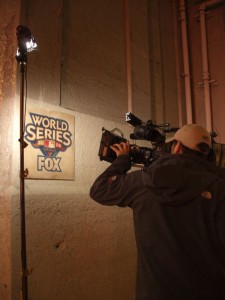 [/caption] Check out the timelapse of the drive from Philly to NYC here!