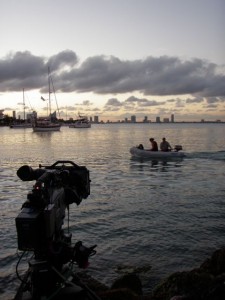 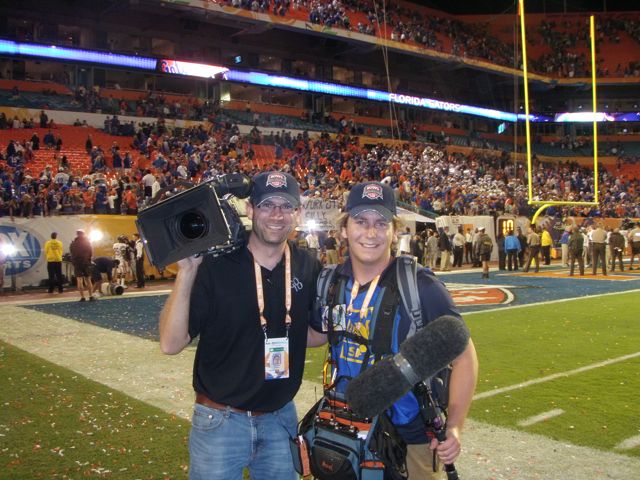 After staying in Miami for almost two weeks, Go To Team’s Charlotte-based crew, Skip Clark and Dan Lowrey, headed home after the BCS National Championship game.  They spent their time in Miami working for Fox Sports shooting pre-produced footage for the Orange Bowl (check out their earlier post), a bonus day at the AFC Playoff game between the Dolphins and the Ravens, and then the Championship game.  There were a lot of player interviews, scenics, and time lapsed sunsets!  When they weren’t working, they had two days off, they spent their time meeting up with old friends that now live in Miami.  A pretty good gig if you can get it! 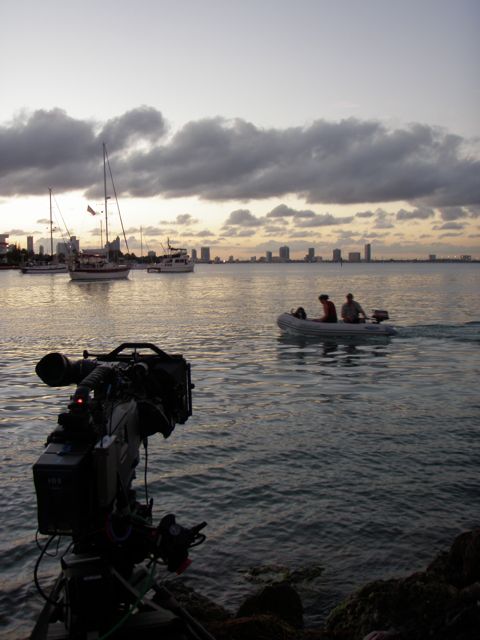