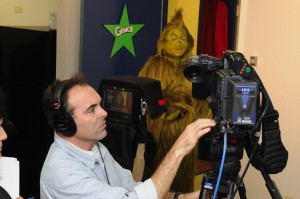 Go To Team goes Behind the Scenes with the Grinch

Go To Team’s Orlando DP/Partner, Dan Beckmann, and Executive Producer, Sue Stauffer, helped Universal Orlando Resort create a behind-the-scenes video of a day-in-the-life of Universal’s The Grinch, as he prepared for his Big Show!

The Grinch gets ready for his close-up!

The video, a social media expose, gave viewers a sneak-peak look at the annual Grinchmas show, live on stage each day at Universal Orlando Resort.

It was a unique opportunity for viewers to get an up-close-and-personal view of one of the biggest stars at Universal! Viewers got a chance to follow The Grinch through his daily routine as he prepared for his Big Show. After which, the Grinch showed his softer side as he greeted audience members with a little holiday spirit. Alas, in true Grinch form, he managed to sneak in a plug for his show “Grinchmas” now running through January 1st at Universal Orlando Resort. 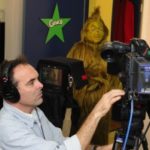 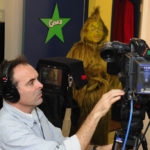