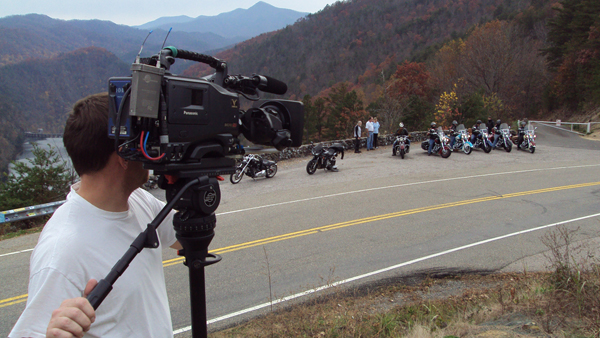 Go To Team Slays Dragon: Raleigh Crew Rides with GMA Along US 129 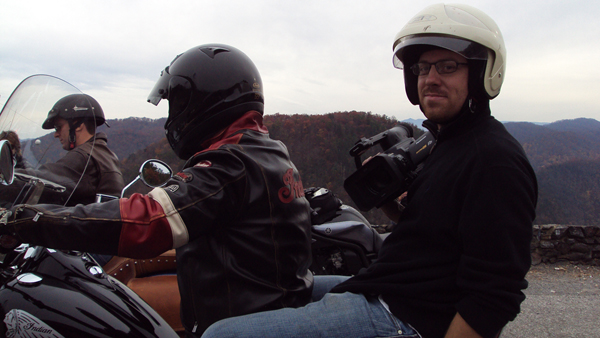 How do you cover six Indian Motorcycles barreling up and down 318 curves in 11 miles? Answer:  Hire Go To Team.

Raleigh based Jimmy Hall teamed up with Good Morning America’s Weekend Anchor Bill Weir to conquer US 129 a.k.a ‘Tail of the Dragon.’ This stretch of winding road, boarding North Carolina/Tennessee, is known among motorheads to be America’s #1 motorcycle and sports car road.

Top of the tail with the Panasonic Varicam

With just one camera crew and six riders, Jimmy armed himself with 4 different cameras to cover all angles. This is how it played out:

Panasonic Varicam was the primary camera which we used to shoot scenics, tracking shots, and interviews.

Inertia HD Cube camera was Bob’s camera which was mounted to the windshield with 400 series Letrosonic transmitter so Bill could narrate his trip.

Panasonic HVX 200 was a POV rider camera that was shot from the passenger seat of the motorcycle.

Below are some select shots from the AVC, the HD Cube and the HVX200 cameras. Check out how each camera lends itself to particular angles.

With multiple formats the footage was sent to our Charleston, SC, post facility editor Adam Hellan for conversion and output to DVCPro HD.

Proving: there’s no shoot Go To Team can’t capture.. or conquer! Check out the video here. 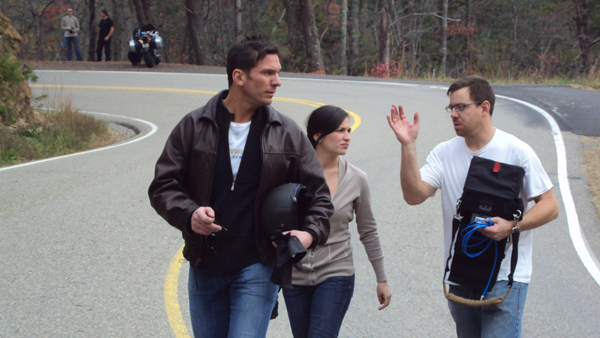 Jimmy and the GMA crew set up the next shot