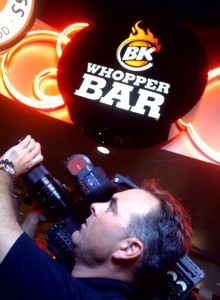 DP Dan Beckmann, EP Sue Stauffer, and the rest of the Orlando team helped Burger King in their launch of the worlds first WHOPPER BAR at Universal CityWalk at Universal Orlando Resort.   The multi-day corporate VNR shoot/edit produced material for multiple projects and the b-roll reel for release to the media.

Situated atop Universal CityWalk, Universal Orlando Resort’s 30-acre restaurant, complete with shopping and night time entertainment, will focus on the Whopper sandwich and offer special renditions of all their signature fast-food sandwiches, such as the Angry WHOPPER, the Western WHOPPER and the Ultimate Double WHOPPER.

The WHOPPER BAR, which will be company owned and operated at Universal CityWalk, is the first of several such sites launching over the next six to 12 months. The WHOPPER BAR has a sleek, modern look and feel, with a WHOPPER TOPPER area to encourage folks to customize their own orders.

After eating their way through the shoot, Beckmann and his crew (editor John Demaio) edited the VNR for national distribution on our Orlando-based AVID Adrenaline Media Composer. 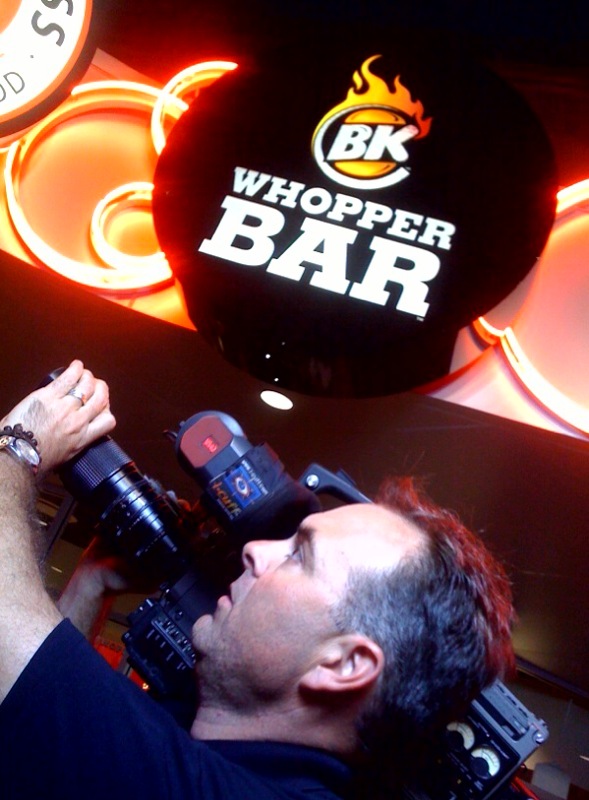