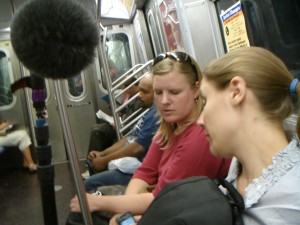 Some projects are cool based on the subject matter you’re shooting. Other projects are neat because you are in a fun location. So if you can have an interesting shoot in an awesome location, life as a crew member doesn’t get much better. That’s what happened when American Express tapped Go To Team to shoot a series of HD videos promoting their healthy living campaign in New York City. So Director of Photography Nick Modisett, Sound Operator John South and Producer Janet Stone traveled to the Big Apple to work on the project.

Now more than ever, American Express is encouraging its employees to live healthier. The credit card company is offering better food items in their cafeteria, making a health coach available to the workers and generally supporting healthier living choices. The Richmond HD video crew profiled several New York based AmEx employees over a few days. After an in-depth interview about their personal healthy living choices, the crew would capture them in whatever activity kept them fit. Most people ran or walked in the city but one woman did do yoga to stay healthy. The finished project will be a great motivator to other employees to stay or get healthy. If ol’ So and So can do it, so can you! 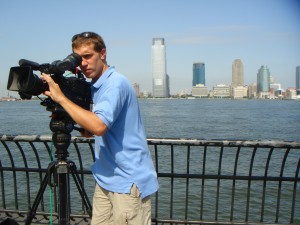