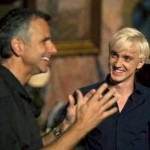 Beginning spring 2010, Universal Orlando Resort guests will be able to experience “The Wizarding World of Harry Potter” when they visit the Islands of Adventure.  When Universal Studios disclosed the time frame and much anticipated details to the world, Go To Team was there to support the big event! 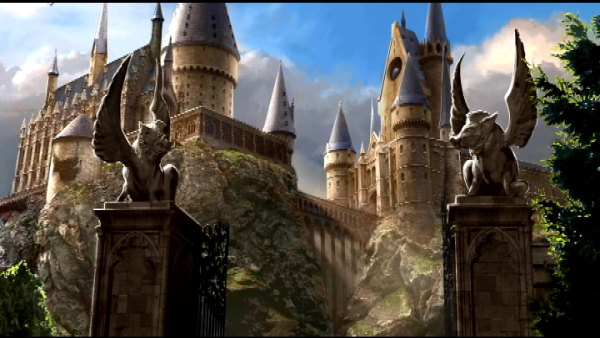 GTT’s Orlando-based crew helped Universal Studios unveil the official announcement – made through a special invitation-only-web cast, and seen by millions of viewers around the world!  Executive Producer, Sue Stauffer, handled all the GTT logistcs.  From shooting elements with Universal Executives and principles of the Harry Potter films, to post production for the web cast and related marketing initiatives, Stauffer covered all the bases.

The “Wizarding World of Harry Potter” is a collaboration with the same creators who continue to bring the “world” to life on the Big Screen!  Guests will enter through Hogsmeade Village, where they’ll find the Hogwarts Express billowing steam!  Once inside, a state-of-the-art attraction called “Harry Potter and the Forbidden Journey” will use new technology to bring the characters and stories of Harry Potter to life in ways never seen before.

Dragon Challenge, will give coaster enthusiasts a chance to experience the Triwizard Tournament, while a nearby family-style coaster -“Flight of the Hippogriff” – will take guests straight up to Hogwart’s castle!

“Harry Potter continues to spark the imagination of fans of all ages, and we really have seen the anticipation continue to build,” Warner Bros. Consumer Products President Brad Globe said. “We are excited to share with fans a first glimpse into the truly enchanted world we are bringing to life.”

Guests will be able to experience the same sights, sounds, and sensations from the actual world itself – “The Three Broomsticks” and nearby “Hog’s Head Pub” will offer traditional British fare and drinks, including Butterbeer and pumpkin juice.  Chocolate frogs and Bertie Bott’s Every Flavor Beans will also be available.  While other stores will sell tricks and jokes, wands, Triwizard apparel, and even Golden Snitches.

“All of the action and adventures of Harry Potter’s world will come to life here at Universal Orlando Resort,” said Universal Chairman and CEO Tom Williams. 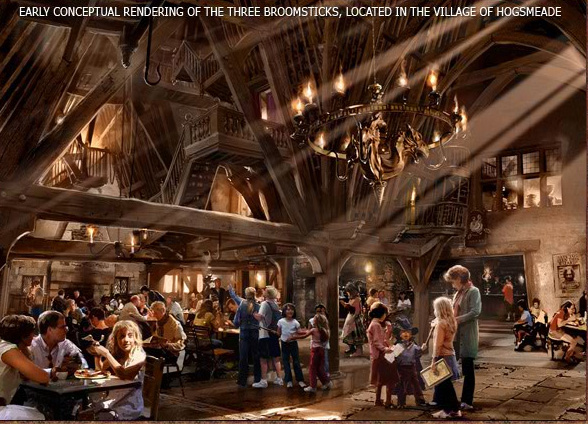 Check out the video here!