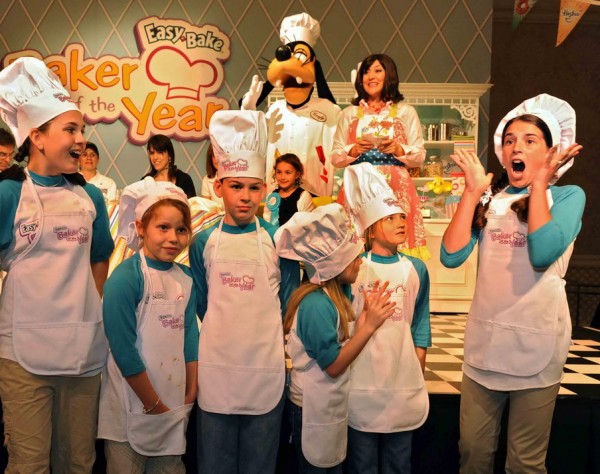 Posted 21 May in Orlando Video Camera Crew by Courtney Krebs

12-year-old pastry aficionado, Catherine Ralston, from New Albany, Ohio, promised “love at first bite” with her “Queen of Hearts Strawberry Tart.”  And she delivered – as the judges chose her treat as the best overall!

Being chosen as a finalist for this year’s competition was no easy task, though.  Contestants had to enter their favorite recipes by using one or more Easy Bake mixes.  The entries were then carefully judged on presentation, taste, ease of the final products delivery and creation, and finally, creative use of all the ingredients.  All entries were submitted on-line and through the mail, along with a picture of their creation, themselves and their “sous-chef,” which could be a parent, grandparent, aunt, or uncle.

For 45 years Hasbro’s Easy Bake Oven has been the culinary inspiration for kids across America.  And the tradition continued with these 7 lucky finalists, where each became Grand Marshall’s for the day in the Disney Parade at the Magic Kingdom!