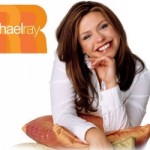 Go To Team’s Atlanta based Director of Photography Tom Wells and Roger Woodruff were called on by the Rachael Ray show to cover a heart-warming story recently involving a Haitian orphan and an Atlanta area family’s quest to adopt. For years the Georgia family had been trying to finalize an adoption with their soon-to-be daughter Dania, but endless red tape had prevented bringing the little girl home. After learning that the earthquake had leveled the orphanage where Dania lived, the family was afraid they had lost their little girl to tragedy. What followed was nothing short of a miracle. Check out the video here on the Rachael Ray website and see how this Atlanta family’s story found a happy ending. Code TMXKM8M2JFWQ