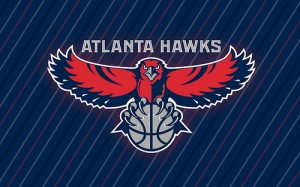 Turner Sports was recently granted all access to the Atlanta Hawks for coverage of their first preseason game for the 2010-011 season and I was lucky enough to be asked to DP the project. The shoot included a mixture of 3 Varicams, a Canon 7D, 4 crews and 2 days of following the team. Our crews started early on game day to catch players arrivals, coaches meetings, team meetings in the locker room, and the team’s shoot-around – all areas media is generally not granted access to. Some of the crews even followed players home and back throughout the day, while other crews stuck with events unfolding at Phillips arena. Players were micd up for the night along with their coach for some awesome nat sound during the game and practices. The show aired Wednesday night, but you can Click here to watch Part 1 of 4 on NBA.com. All 4 parts of the show can be found alongside this video on NBA.com as well. I think the production staff at Turner did a great job with this one and I’m proud to have been a part of it.   — Tom Wells