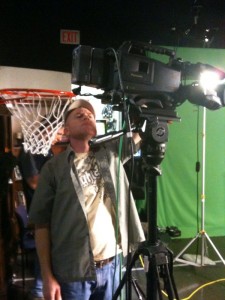 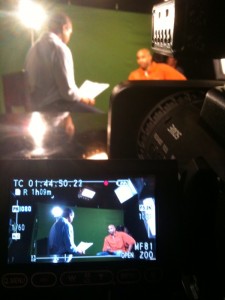 The show, which airs on TNT each Wednesday night, takes viewers on a behind-the-scenes look at conversations with some of the biggest names in sports and entertainment.

Shooting in HD, with multiple VariCam’s at the RDV Sports Complex (home to the Orlando Magic practice facilites), Beckmann helped All Access capture a meet-and-greet and conversation with Orlando Magic basketball sensation, Vince Carter.
Carter, one of the greatest players to ever run the court, talked about growing up in central Florida, and some of his most memorable NBA moments:
In 2000, during the Summer Olympic Games in Australia, Carter performed one of the greatest dunks of all time when he jumped over 7-foot-2 French center Frédéric Weis. Carter stole the ball, sprinted, took off—legs spread in midair, and hit Weis’s head as he bent over to avoid the collision, before slamming the ball. Carter’s teammate, Jason Kidd, said it was “One of the best plays I’ve ever seen.” The French media later dubbed it “le dunk de la mort” (“the Dunk of Death”).  Team U.S.A. went on to win gold that year! 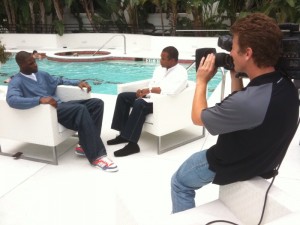 Beckmann, and Orlando-based GTT camera operator, Dan Lowrey, helped build an entire set for the 3 camera interivew.  At one point, Lowery and audio operator Mike Rothwell had to break away to capture an interview with Ahmad and Cleveland Cavalier’s star, Antawn Jamison, in downtown Orlando. Beckmann stayed behind to finish lighting the set, building the backgrounds, and “readying” the room for the crews’ return. 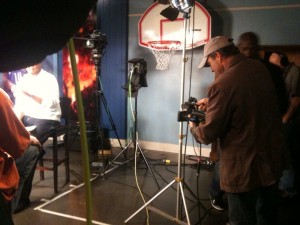 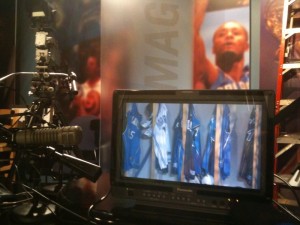