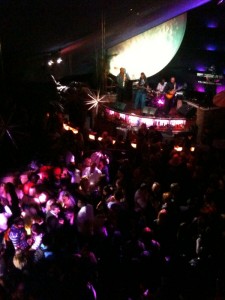 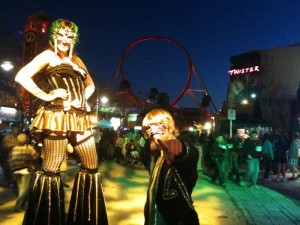 The party in the streets begins!

For the past 6 months, Go To Team’s Orlando-based DP/Partner, Dan Beckmann has been capturing all the highlights of Universal Orlando Resort for their EPK (Electronic Press Kit).

Shooting in HD with the Panasonic Varicam, and the HDX 900, Beckmann and cameraman Dan Lowrey, put the finishing touches on the EPK by spending the evening at Universal Orlando Resort’s Annual Mardi Gras celebration!

Transforming the park into the “Big Easy,” Universal Studios continues to create a street-party like atmosphere that comes alive every Saturday night, through April 18, with an additional date on Friday, April 9.

Along with all the streetmosphere, the Mardi Gras 2010 Concert Series also showcases some of the world’s best musical performers, including KC and the Sunshine Band, the Beach Boys and Chicago, Kool and the Gang, Blondie, Aretha Franklin, Sheryl Crow and more!  With Akon performing to a packed house, Beckmann and Lowrey were there in the front row!

Universal’s Mardi Gras event has all the party-like atmosphere of the famous New Orleans’ festival, but also gives guests the opportunity to experience the incredible park attractions that Universal Studios is known for.  The result is an event that includes one of the largest parades in Florida, confetti, New Orleans-style cuisine and…beads, beads and more beads!

Along with all the fun, the taste of authentic Cajun and Creole classics, like jambalaya, gumbo and beignets, are on hand!

Jim Timon, the Senior Vice President of Entertainment at Universal Orlando Resort was quoted as saying, “This year’s Mardi Gras will be our best party ever. We’ve got the best music line-up in the history of the event, along with a non-stop celebration filled with an amazing parade, floats, food and all the beads you can catch.”