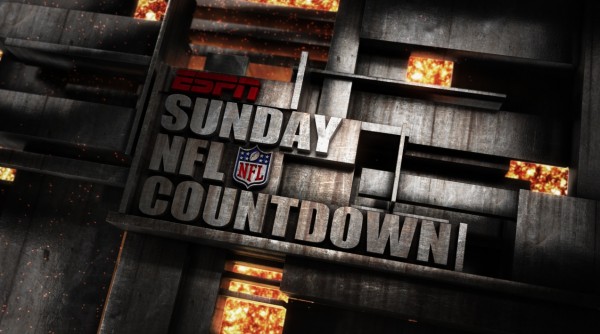 Go To Team travels to Arkansas for ESPN

Dan Beckmann, Go To Team’s Orlando-based DP, traveled to the University of Arkansas with ESPN.

Countdown, a pregame show of all the NFL action for that week, airs on ESPN, ESPN HD, TSN, and TSN HD.  Viewers can catch the show from 11AM to 1PM Eastern time – every Sunday during the NFL regular season.  It even airs in Europe by ESPN America.

The show started in 1985 and Chris Berman has been the host ever since!  Countdown has won 7 Sports Emmy Awards for Outstanding Weekly Show and 5 CableACE Awards!