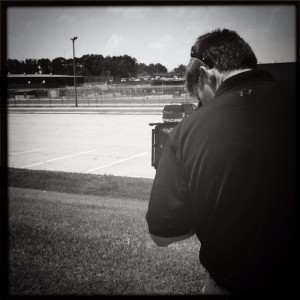 Filming at the prison where Tamika's killer now lives

It’s always fun when we get called out on assignment for a breaking story. Living in the moment, trying to figure out what is going to happen next and how to tell the story in the process is a challenge and I don’t know too many camera crews that don’t get a kick out of it. Usually in those situations we do our job, help tell the story and go home. Every once in a while though the story makes such an impact that its effects linger on and revisiting it again in the future is inevitable. That’s what happened recently with the murder case of Tamika Huston out of Spartanburg, SC.

Back in 2004 Tamika went missing from Spartanburg without any real clues as to where she might be – foul play was suspected but there wasn’t any clear evidence at the time. America’s Most Wanted picked up the case and I got hired on to shoot the story. Before it was all over we spent about 20 days over the course of a few months working with law enforcement detectives to help put out the word of her disappearance in an attempt to develop leads. We chased down suspects for interviews, talked to family members and neighbors, and even searched through fields with law enforcement looking for clues. In the end a tip generated from a viewer watching America’s Most Wanted led to the arrest and conviction of Tamika’s killer – a sad ending but without doubt a very rewarding experience.

Then just a couple of months ago we got a call from Forensic Files, another awesome Go To Team client, saying they were revisiting the case and wanted to make a show out of it. Needless to say, I was pretty stoked. So back to Spartanburg we went, telling the story in a whole new way – looking back on it with all the facts and breaking it down step by step. Since the case began, though, the world has moved to High Definition, so instead of shooting BetaSP like we did the first time we were shooting HDCAM on our Sony CineAlta F900 – upgrade!

In the process I got to have a really cool reunion with the detectives who brought the killer to justice, learned some new things about the case, and even befriended a previous suspect we had chased down for an interview years earlier!  One day I’m wondering if the person we’re interviewing is a murderer, and a few years later I’m hanging out in a comedy club with him! Sometimes truth really is stranger than fiction. Just more proof to me that I really do have one of the coolest jobs on the planet.  – Tom Wells, Partner/Director of Photography 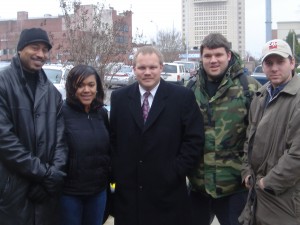 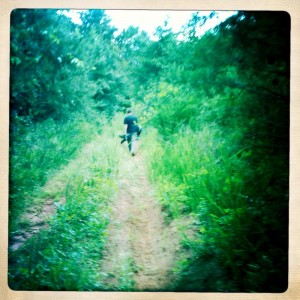