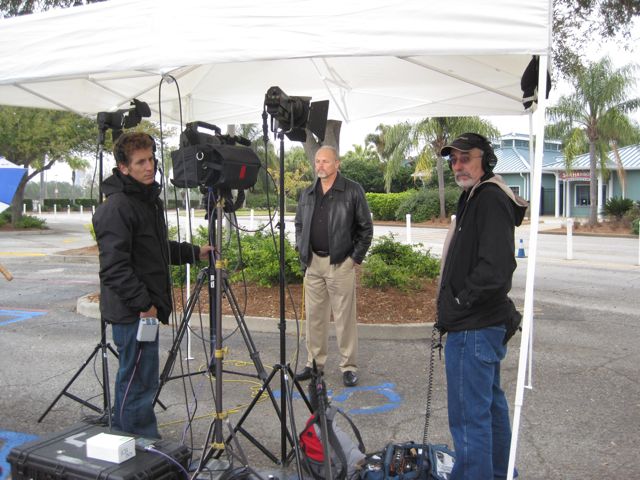 The shocking news that a Sea World whale trainer was killed in Orlando sent Go To Team’s Lowrey Crew straight to the scene. Go To Team’s cameraman Dan Lowrey and audio operator Rick Alexander did live shots throughout the day with FOX News covering the ceremonial whale show after Dawn Brancheau’s death. With the help of the Panasonic Varicam and a sturdy pop-up tent, the crew was able to take live hits all day for all the different FOX network shows. The crew also interviewed a former Sea World trainer about the incident. 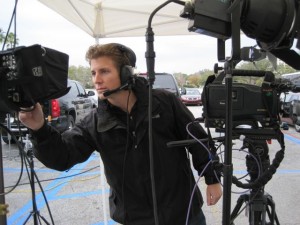 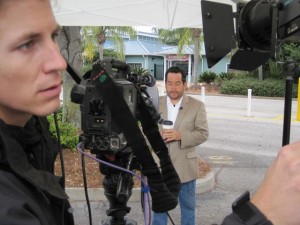