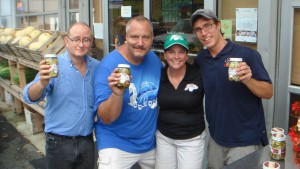 Modisett Crew Shoots Piece on the Pickle Ladies for MSNBC

When life gives you cucumbers, make pickles!  That is exactly what best friends Jenny Fulton and Ashlee Furr did when the economy took a turn for the worse in 2009.  Both ladies were working in the financial sector until their company downsized and left them jobless.  Jenny had an old family recipe for making tasty pickles and so the two friends decided to go into business together, starting “Miss. Jenny’s Pickles.”  “Mt. Olive was born in the Great Depression and Miss Jenny’s started in the Great Recession,” Jenny said.

This drastic change of work caught the attention MSNBC’s news magazine show “Your Business.”  So in the heat of the summer, Go To Team’s Charlotte based HD video crew headed up to Kernersville, NC to shoot a piece on the pickle ladies.

We documented the process from start to finish.  From picking the cucumbers in the garden to pickling them in the local YMCA, we covered it all.  It was a great day and the piece should be on MSNBC soon.  Keep your eyes out for it! 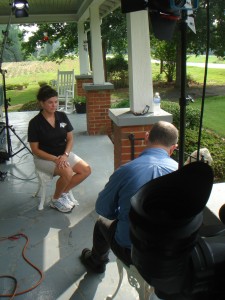