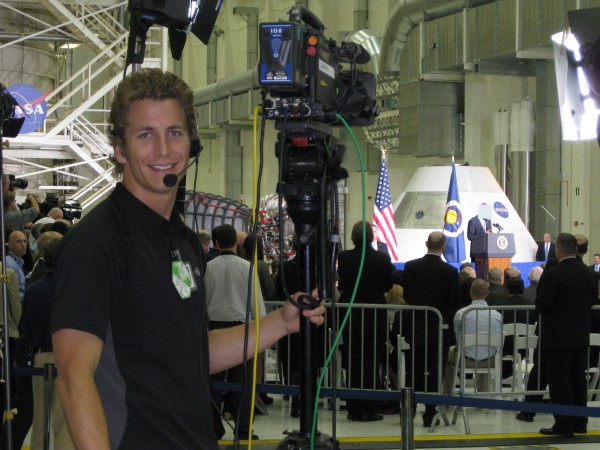 The crew had everything set up hours before his arrival so the secret service could do what they do best. Sweep the area! Lowrey left his leather man in the car (for security reasons) but was able to drag some HMI’s on the bus to the press site.

They went live with congresswoman Sheila Jackson Lee after Obama’s speech to talk about the future of NASA.