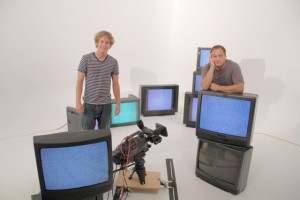 Orlando based camera crew Dan Lowrey teamed up with inter sports in St. Augustine for some fun on the dirt! X Game gold medalist Ashley Fiolek has won numerous championships in the motor cross world. Ashley is one of the best riders in the world today and is also deaf! Dan and the crew spent the first day on Ashley’s private track where they were able to use the HDX900, Fisheye lens, micro-dolly, and a Canon 7D! With all the fun toys on the shoot the crew was able get make some seriously cool TV! The second day was spent in Jacksonville at a studio where the crew pumped up for some heavy lifting. Over 20 TV’s had to be moved all around the set to get the perfect shot. Ashley is deaf, but she could hear the white noise from the televisions. When the television sets arrived only half of them worked! A last minute stop at a pawn shop made for a quick fix. The piece aired in the Courage in Sports series on CBS sports. 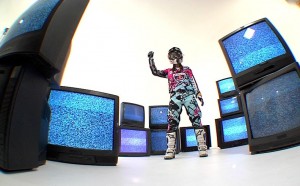 Video Still from Piece that aired on CBS