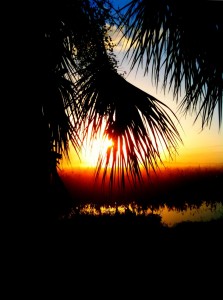 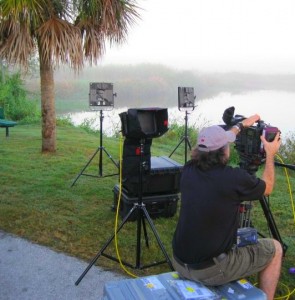 DP/Partner Dan Beckmann setting up the F900 before sunrise

Chris, a storm chaser from Orlando’s Space Coast region, was featured for an upcoming special on Dateline NBC.

Beckmann, using the HD F900 Cinealta,  spent time with Chris, as she explained how she captures all her amazing pictures.

With two cameras, the latest in meterorlogical technology, and the best auto insurance money can buy, Chris travels to “Tornado Alley” every year, to photograph – up close and personal – some of “Mother Nature’s” most amazing spectacles.  Tornadoes.

Chris’ work  has been featured in several magazines and books.  As well as, the cover of The Journal of Meteorology, the book Winderful, and the latest edition of Wallace and Hobbs’ Atmospheric Science textbook.

Her video has also been featured on the Weather Channel, National Geographic Explorer, the BBC, and the History Channel.

Even more amazing, Go To Team has worked for each and every one of those networks!  Small world.

Look for her story, airing soon, on Dateline NBC.

Sunrise over the St. John’s River – no tornadoes there! 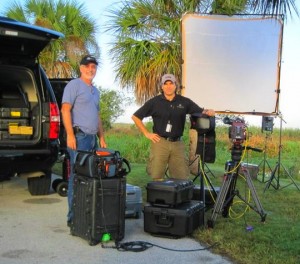 Rick and Dan making camp “Go To Team” along the banks of the St. John’s River