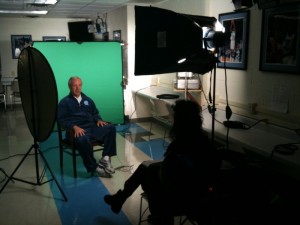 Go To Team’s Orlando DP/Partner, Dan Beckmann, helped coordinate a month-long series of green-screen interviews with ESPN Sports – traveling the country from coast to coast – the crews experienced everything from rain, sleet, snow, and sunshine!

Shooting in high definition on the Panasonic VariCam, Beckmann and several other Go To Team camera operators, crisscrossed the country from UCLA in Los Angeles, to Syracuse University in upstate New York – as well as, several Universities in between.

The crews traveled via air, road, and rail, to over a dozen cities, meeting with NCAA basketball coaches from the following Universities:

Infinity Luxury Cars recently celebrated 20 years of inspiration and innovation.  And as a sponsor for NCAA Men’s Basketball, they teamed up with ESPN to see how coaches motivate and inspire their players, both on and off the court.  The interviews focused on personal stories of how each coach encourages, energizes, and helps produce, not only better athletes, but better people. 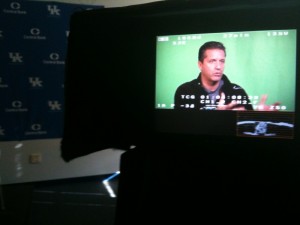 On behalf of Verocity Creative, Executive Producer, Sue Stauffer, not only delivered the content needed through all interviews with the coaches, but handled the logistics planning for all travel, and administration challenges for hotels and rental car accommodations for all the cities!

It was quite the task, but the planning soon became a well-oiled machine of perfection!

A typical day of whirlwind-travel-logistical-planning:

While DP/Partner, Dan Beckmann, traveled home from holiday in St. Louis, Atlanta based DP/Partner, Tom Wells, drove to Nashville, covering the interview with Vanderbilt coach, Kevin Stallings. Later that afternoon, Beckmann flew from Orlando, connected in Charlotte, and met the crew in Nashville, Tennessee, just as they were wrapping.  Tag-teaming with Tom, the Well’s crew continued onto Atlanta for another shoot, while Beckmann drove to Lexington, Kentucky, for the next gig – a Tuesday morning interview at the University of Kentucky with Coach John Calipari.  After wrapping the Lexington shoot, the Beckmann crew was air-bound once more – this time for Villanova University in Philadelphia, to meet with Coach Jay Wright. 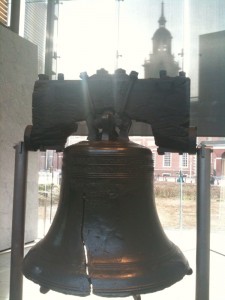 Several GTT crews were able to help cover for Beckmann at a  variety of locations:

DP/Partner, Tom Wells, shot an interview in Nashville – Charleston-based Cameraman, Dave Baker, spent two and half days traveling through Kansas with EP, Sue Stauffer – Raleigh cameraman, Jimmy Hall, did the same, at the University of Illinois, as did Richmond-based, Nick Modisett, at the University of Tennessee.

Despite all the travel, all the cities, and all the planning, each crew managed to find some “down-time.”

While in Philly, the Beckmann crew spent the morning taking in some of Philadelphia’s most treasured sights – touring the birthplace of our nation; Independence Hall, Congress Hall, and the Liberty Bell.  And in the Midwest, Dave enjoyed his first-ever Frozen Concrete Custard just outside Kansas City!

Be sure to check out all the spots airing now on ESPN –  During College Basketball Saturday Night! 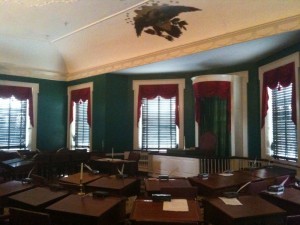 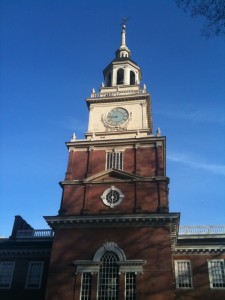 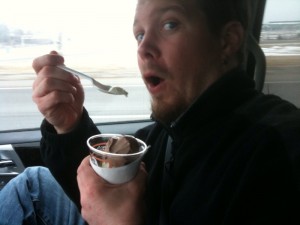 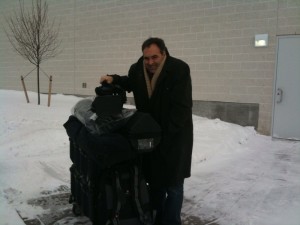 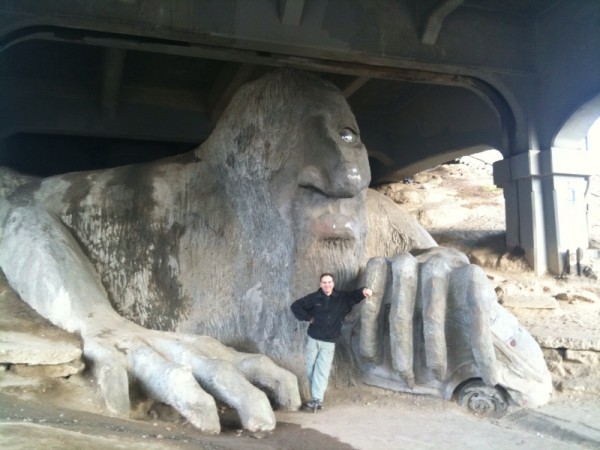 From the movie, 10 Things I Hate About You - a local landmark - Dan Beckmann, under the bridge with the Fremont Troll - Seattle, Washington 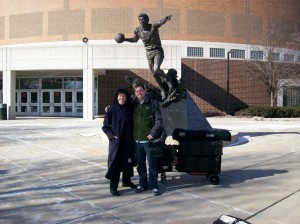 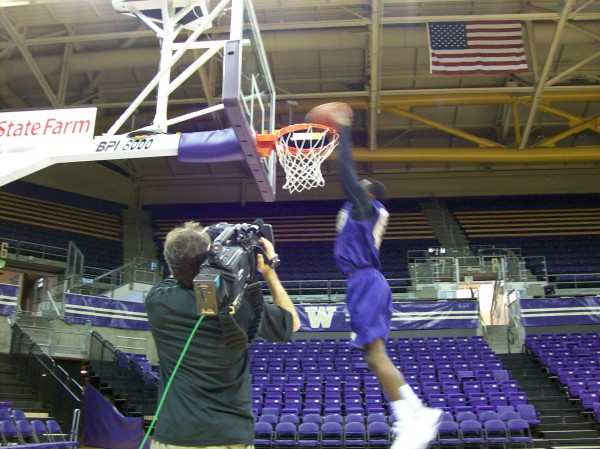 Beckmann captures b-roll at the University of Washington, Seattle 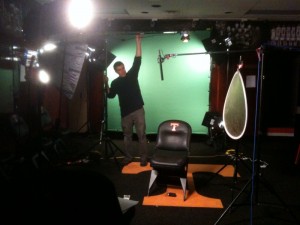 Nick Modisett - on the set - Univeristy of Tennessee