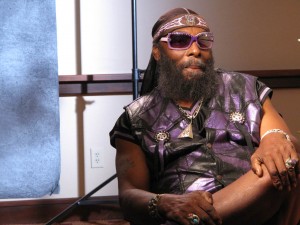 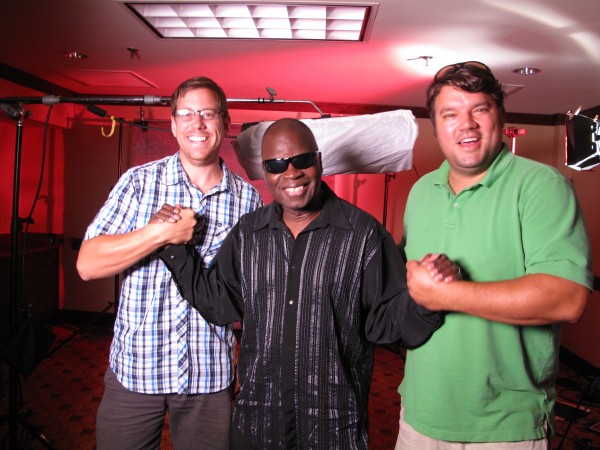 TV One has been doing interviews shot on the Panasonic HDX900 with past collaborators, friends and family of George ‘the Architect of Freak Funk’ Clinton for the documentary series ‘Unsung’. Raliegh Crew was there to capture the memories with the some of the biggest names in funk and soul music. When Jimmy saw Maceo Parker’s name on the call sheet, Jimmy about lost his top and flipped his whigg.  Maceo Parker THE funk and soul saxophonist, who played with James Brown (Maceo! Come blow your horn!) in the 60’s as well as Parliament -Funkadelic during the 70’s was in Raleigh NC.

Maceo talked about the differences between working with James Brown and George Clinton, collaborating and arranging music with Bernie Worrell and Bootsy Collins, and the show when they first landed the mothership. We also interviewed Grady Thomas (the Purple Wizard) and Tommy Lee Clinton. Grady is one of the founding members of Parliament who took us back to how it all began, he also talked about the transformation from doo wop to funk and the drama that lead to the breakup of the group.  Tommy Lee Clinton is George’s brother, he talked mostly about their family and childhood.

If your a music lover than this is a must-see.  The doc will air sometime in the fall on TV One as part of their ‘Unsung’ series. 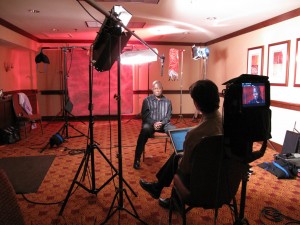