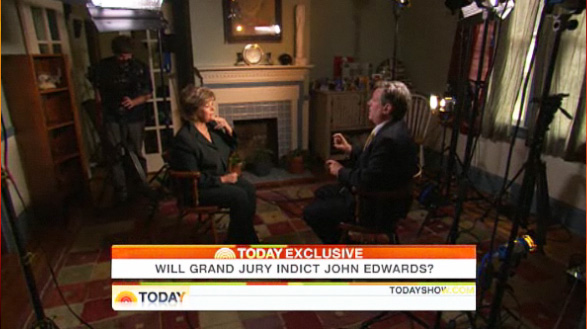 HOT OFF THE PRESS! (do folks still say that?)

Go To Team’s Raleigh Cameraman Jimmy Hall and NBC’s investigative team have been hard at work the last several months on the Andrew Young/John Edwards compromise, a national story that has been unraveling in his own backyard.

Jimmy and his high definition Sony F-900 were part of a top-notch crew, including GTT’s Richmond Cameraman Nick Modisett, that captured this breaking story which aired this morning on NBC’s Today Show.