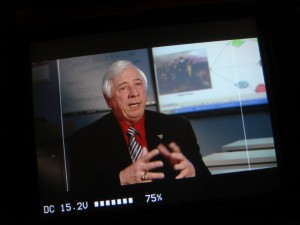 Posted 21 May in Charlotte Video Camera Crew by Ryan Dumville

Go To Team’s Richmond based camera crew linked up with Fox News for a long form piece on education in America. Nick Modisett and his crew interviewed Professeor Gary Sarkozi of Virginia Commonwealth University in Richmond. Sarkozi spoke about the 21st century classroom and how differently students process information from previous generations. The camera crew filmed Sarkozi in a futuristic classroom. The classroom is designed to be more in touch with today’s generation and the students daily involvement with technology.  Remarkably. Modisett stayed awake during this lecture unlike the many he had during his schooling.  Maybe this new technology will keep kids attentive for years to come!

Professor Gary Sarkozi inside his 21st century classroom at VCU 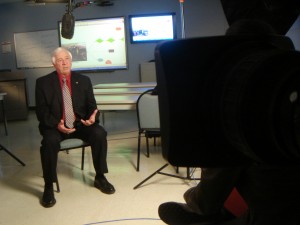 Professor Gary Sarkozi inside his 21st century classroom at VCU