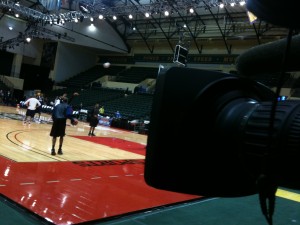 Who doesn’t want to shoot with the Harlem Globetrotters? We helped open ESPN’s Wide World of Sports.

Disney opened its 220 acre sports facility called ESPN Wide World of Sports, and Go To Team’s Orlando-based cameraman, Dan Lowrey was there to capture all the action! With 12 volleyball courts, 6 basketball courts, and 2 roller hockey rinks, Lowrey was busy shooting the opening events, highlighted by an appearance by the Harlem Globetrotters!

After having too much fun with the players, Dan headed to the “green” carpet event where he interviewed famous athletes, such as golfing great and gold medalist Annika Sorenstam and NFL star Chad Ochocinco from the Cincinnati Bengals. The opening ceremony was “kicked off” by Super bowl champion Garrett Hartley. As fireworks light up the night sky, a crowd of kids ran into the new facility to help “break it in!” 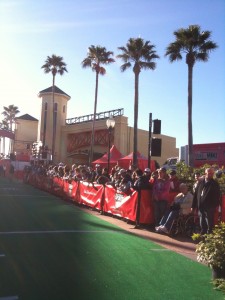 Fans waiting to grab some autographs at the green carpet event