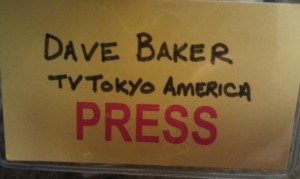 At the Redstate.com gathering in Charleston SC. Armed with a High Definition Sony F-800 XDcam and a Japanese Text to Translate app on his droid, Dave provided his DP services to a new client, “TV Tokyo.” It was East meets East coast as members of nearly 80 media outlets jockeyed for position on the risers for Perry’s announcement at 6am, only seven hours before the announcement. After a lot of hurry up and wait, Perry made his announcement, and crowd reaction SOT’s were gathered. Another satisfied client! 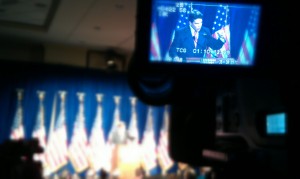