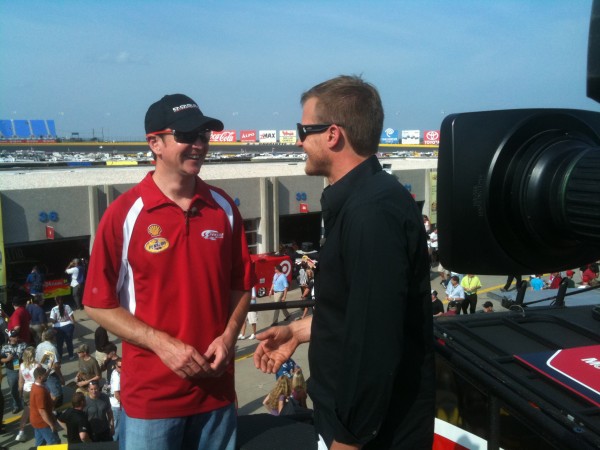 While some were waiting for the world to end on May 12, I was in the Queen City with CMT Insider Mark McGraw.  We spent the day with Kurt Bush as he signed autographs and prepared for the burn out competition and the All-Star Race.  Kurt was nice enough to make time for an interview which we did atop his hauler.  I was shooting on a D600 Beta and DVX-100a.  After the interview Kurt invited Mark to ride shotgun in the burn out competition.  We filmed Mark putting on his fire suit and check out the car with Kurt.  Unfortunately Kurt didn’t do too well in the burn out competition.  We caped the night off with shooting some footage of the All-Star Race.