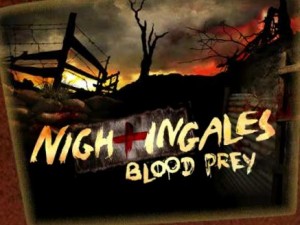 Within every war, the nightingales have appeared. Able to transform themselves to fit any setting, these savage banshees feed on the weak and the helpless.

Patrolling and winding your way through the trenches of a World War I battlefield, you’ll quickly discover that are you more than just at war… you’re being hunted!