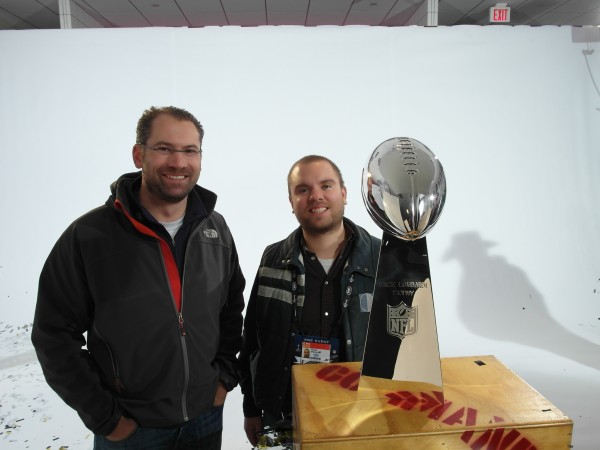 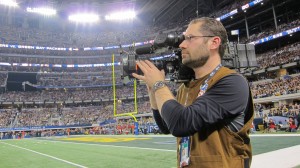 On The Sidelines For The Game

Go To Team has been on some pretty big shoots over the years.  And they don’t really get much bigger than the Super Bowl!  Fox Sports once again tapped Go To Team for a crew – but, this year, it was two crews!  Los Angeles based Skip Clark and Atlanta based Tom Wells made their way to Dallas for this year’s Super Bowl and spent a full week in the “Big D” for everything from player interviews and specialty imagery shoots to scenics.  And the cool thing about the Super Bowl is that the guys got to pull out all their toys for the big show.  Skip brought Go To Team’s new set of Arri Ultra Primes to use with the Phantom camera for the specialty shoot with the players and Tom used his specially rigged telescope tripod for some amazing time lapses all around the Dallas Fort Worth area.  Once game day finally arrived, the guys were busy all around the stadium working on player arrivals and day-of scenics to get everyone ready for the game.  And finally, kick-off.  Skip and Roger Woodruff, based in Nashville, TN, were one of the lucky few to be on the field for the game!  They were shooting elements throughout the game that were used for highlights in and out of break as well as for the closing highlights reel.  We get to make cool TV all the time and what we do rarely feels like a job.  But there’s no denying it; being on the sideline for the Super Bowl is just cool all on its own.  It’s just too bad that Fox only gets the Super Bowl every three years!?  And once it was all over, it was time to move on to Daytona.  Skip and Tom piled all the gear together – and there was a lot! – and everything made its way to Florida for the Daytona 500!

Skip and Roger With The Vince Lombardi Trophy 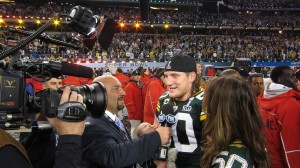 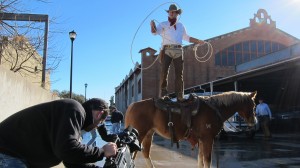 Shooting Scenics In Fort Worth 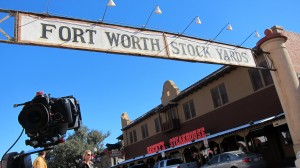 Shooting A Time Lapse For Billboards In Fort Worth 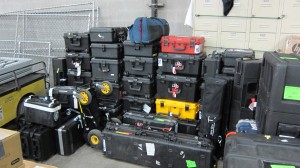 All 47 Cases Stacked Up Ready To Move On To Daytona!