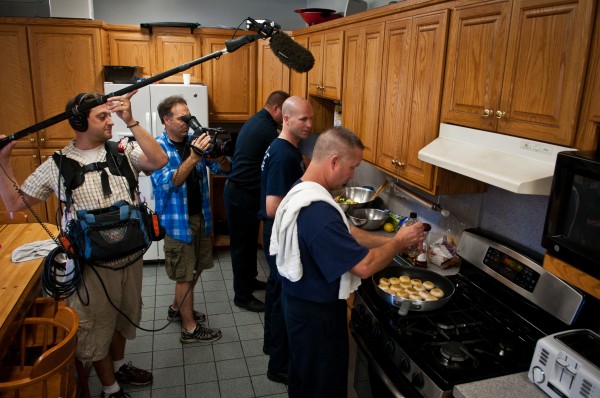 Orlando Crew Cooks With The Cooke’s For Rachael Ray

Dan Beckmann and Paul Gramaglia capturing cooking segments for Rachael RayRachael Ray, the widely successful syndicated TV star - the iconic Food Network personality - is also a best selling author. 30 Minute Meals has found its way into millions of homes across the country. And it's helped created Rival Ray - a "cook off" competition, of sorts, made famous on her TV show. 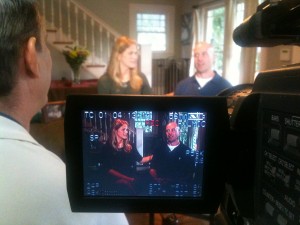 The Cooke's discuss their triumphs of cooking

Susan and Jeremy Cooke, have been using Rachel’s guide for nearly two years.  They cook together as a family and marvel at how incredible the meals look and taste!  “We’ve come a long way from Beenie-Weenies,” says Susan. While she takes charge in the home kitchen, Jeremy tackles the responsibilities at his work – Fire Station 42 in South Jacksonville.

According to Rachael Ray, she grew up in food. “My first vivid memory is watching my mom in a restaurant kitchen. She was flipping something with a spatula. I tried to copy her and ended up grilling my right thumb! I was 3 or 4,” says Rachael, who insists that cooking is a way of life she was simply born into. “Everyone on both sides of my family cooks”

Beckmann and Paul spent the day cooking with the Cooke’s – shooting on the HVX 200.  And somehow, by the end of the shoot, both Paul and Dan had a new book for their kitchen arsenal. 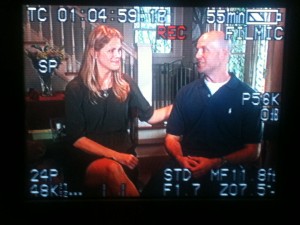 Susan explains how dinner one night, caused the smoke detector to go off - resulting in Jeremy's fire station making an unexpected appearance.