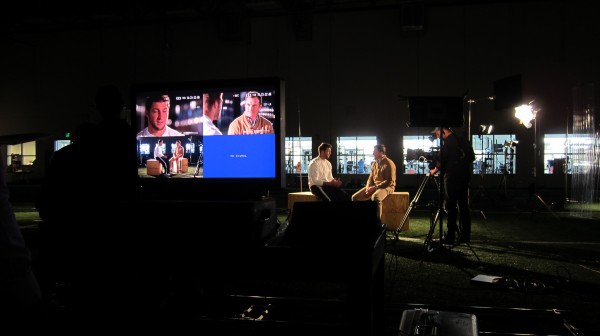 LA Clark Crew Makes A Stop In Denver with Tebow

It’s the second time Skip Clark has interviewed Tim Tebow, but they’ve both moved since the first interview.  Skip Clark, now in Los Angeles, CA, flew to Denver to interview the former Florida Gator in his new hometown.  Skip, shooting for Fox Sports, interviewed Tebow in Florida several years ago as they were on their way to another BCS Championship and now it was time for a follow-up as Tebow has taken the starting position for the Denver Broncos.  Skip flew in for the interview and DP’d the three camera shoot as former Broncos star John Lynch sat down with Tebow for the exclusive interview.  The three Sony F3s were outfitted with Go To Team’s set of Arri Ultra Primes and a set of Zeiss Super Speeds that Skip found locally. 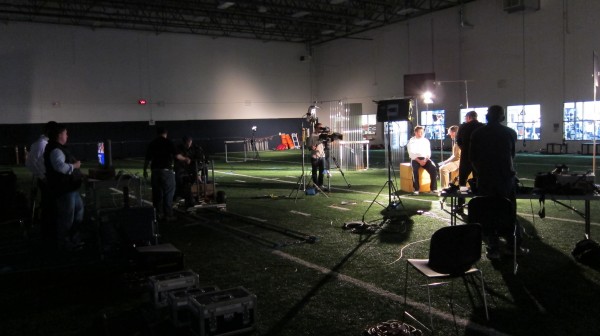