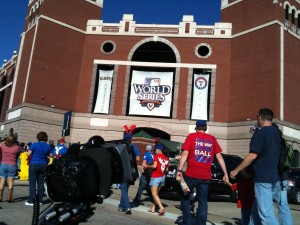 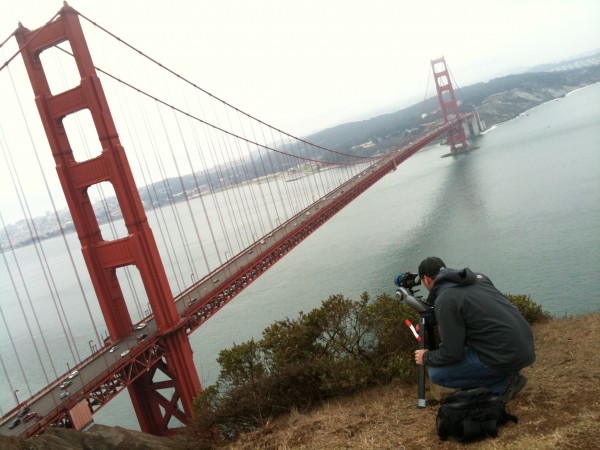 Setting The Shot At The Golden Gate

Time-Lapse Rig At The World Series In Texas

But this year it would be the National League, the Phillies and the San Francisco Giants.  Just like last year, two teams on opposite sides of the country!  And this year, Skip brought along Roger Woodruff to work as an audio operator and camera assist, one of his last big gigs before his move to Nashville, TN.

The two of them spent the ten days on the road traveling from city to city shooting scenics of the cities as well as all the features for the pre-game show.  And they were sure to pull out all the stops for the NLCS; they were shooting with the Panasonic Varicam and the Canon 7D while using a micro-dolly that could travel with them and Skip’s time-lapse rig.

The time lapse rig is a telescope tripod that’s been rigged up to pan very slowly.  Very slowly: up to an hour just to pan 180 degrees!  Skip & Roger would use the 7D to shoot a sequence of pictures while it panned the scene and would end up with enough frames to make some pretty cool time-lapsed shots! 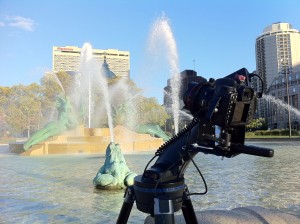 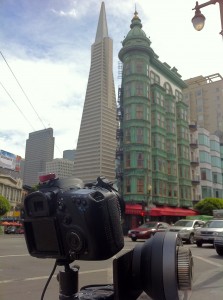