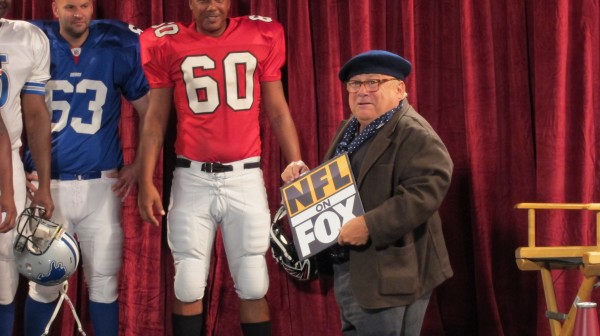 Los Angeles Crew Gets Schooled – Acting Schooled That Is!

DeVito On Set For Fox Sports

If you’re working in Los Angeles, you’re going to run into actors.  And they might even be football players!?  Go To Team’s Skip Clark, based in Los Angeles, CA, was working on set with Danny DeVito recently while shooting a segment for the Fox Sports NFL Pre-Game Show.  DeVito was there to help “football players” learn how to fake injuries.  The segment was inspired by Giants players Deon Grant and Jacquian Willams after the alleged fake injuries at the end of the Rams Giants game earlier this season.  But it was all in good fun.  Go To Team’s newest addition to the Los Angeles Crew, Dan Lowrey, was also there helping out on camera and with lighting. 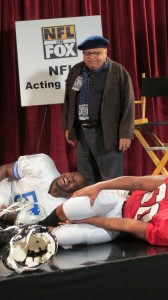 DeVito And The Players On Stage