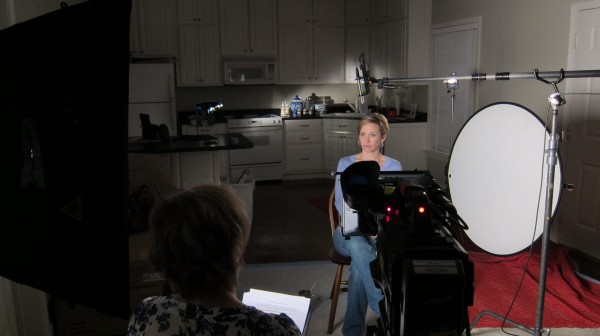 Posted 04 May in Dallas Video Camera Crew by Roger Woodruff

Shooting an interview with the HDX-900 equipped with a 85mm lens via the Pro35 adapter.

The best thing about this job is that everyday is different.  When I got the call that I would be shooting for a crime documentary I was pretty excited.  I hadn’t worked on something like that before.  The producers sent me an episode to get myself familiar with the show’s style.  Watching the show also prepared me for the seriousness of what I was about to be apart of for the next four days.

The first day was devoted to b-roll.  I filmed exteriors, reenactments, document text, and driving shots.  I was shooting on the HDX-900 with a Pro35 adapter.  My arsenal of lenses included a 18mm, 50mm, 85mm, and a 100mm macro lens.  I had an absolute blast shooting with these lenses.  The shallow depth of field is incredible.  You truly get a dramatic film look with this set up which is perfect for, “Murder She Solved.”

The next three days were a mixture of shooting b-roll and interviews.  The producer really likes the interview to be framed pretty tight so I went with the 85mm.  After shooting the interview static we placed the sticks on a dolly and filmed a profile of the subject.  We used the dolly to reveal the interviewee.  Aside from using the dolly for interviews we also used it to film b-roll.

Before I knew it my time with “Murder She Solved” was finished.  I had a great time working with the crew and that fantastic Pro35 adapter.  Working with prime lenses can certainly be a challenge.  However, if you know me, than you know I love a good challenge. 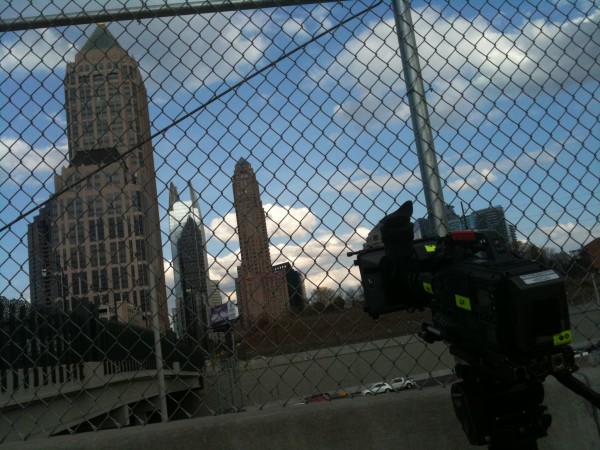