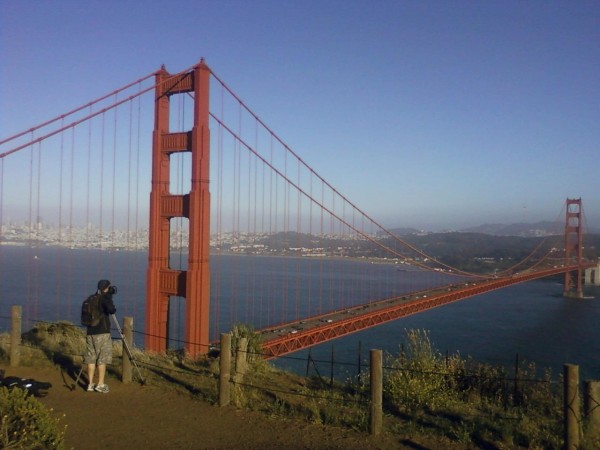 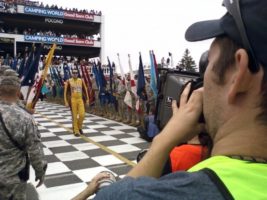 Atlanta based Director of Photography Tom Wells spent a good part of this summer serving as the ENG Crew for TNT’s NASCAR Summer Series. For 6 weeks Turner Sports handled the broadcasting of the NASCAR Sprint Cup Series covering the races in Pocono, Daytona, Kentucky, Louden, Michigan, and Sonoma. DP Tom Wells and Apprentice Kevin Juston got started in early June chasing cars with the first race of the Summer Series.

Each week the crew was responsible for pulling together multiple elements that aired for both the pre-race show as well as the race itself. The weekly ritual began with flying to the track a few days early to start gathering city scenics, time lapses, shots of the race track, driver interviews and shooting any random special segments specific to that week’s broadcast. As race time drew near each week the focus turned to getting shots of the race cars on the track during practice and qualifying, covering breaking news-related stories, and shooting look-live standups with TNT talent Lindsay Czarniak, Kyle Petty and Larry McReynolds, along with all the race day pit reporters. On race day it was all about the action – crews in the garages, final car inspections & Pit Road right up until green flag. Each week Tom and Kevin were standing beside the cars as the “Gentlemen Start Your Engines” command was called and the drivers rolled onto the asphalt. Once the race was underway Tom began shooting elements to be used for both bumpers to and from commercial breaks during the show and the show’s final rollout. 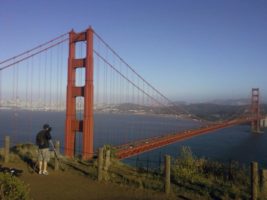 Each week the crew used both the Panasonic Varicam with Nanoflash and Canon 7D to capture the shots they needed. “For interviews and Run-N-Gun situations we turned to the Varicam, while often using the 7D as a 2nd camera,” said Tom about their camera choices for the series. “We used the 7D mostly for scenics each week, but we also used the 7D for capturing shots during the race itself. Much of the footage we were shooting in both of those scenarios needed to have more of a cinematic feel, and the choice of optics in our 7D kit really gave us the tools to do that well. But while shooting on the track during the race we also needed to acquire elements in a more traditional ENG style – enter the Varicam. This meant that we often needed to carry two camera rigs on us simultaneously and actually switch cameras back and forth during the race. The 7D’s compact size allowed us to do that easily as a small crew of two, and with my apprentice acting as my AC I was able to transition between two styles of shooting fluidly and provide all the footage Turner needed that day for bumpers and rollouts. The use of the Nanoflash on the Varicam allowed us to transfer footage quickly into the edit system once back at the truck and cut our import time down by about 75% than it would have been if we had come off of tape – a massive amount of time when you’re an editor with a tight deadline.” 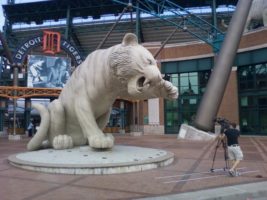 TNT wrapped up its Summer Series in Louden, NH, but Turner Sports continues its coverage of NASCAR all season long on NASCAR.com. Tune in there to get all your NASCAR racing information and to see other video segments, several of which are bound to be shot by any of our Go To Team crews.