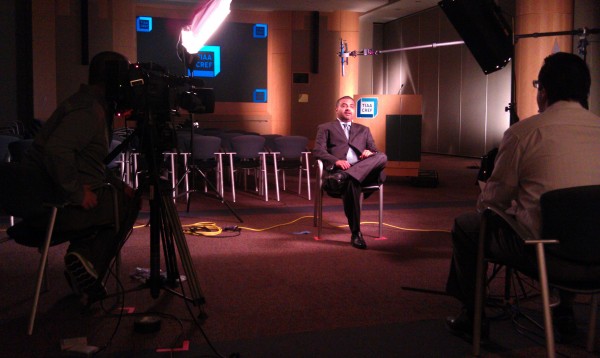 I just love it when I get to work with the other Go To Team crews.  This time I was in Charlotte with the lovely Dave Baker.  We were at the TIAA CREF office in North Charlotte shooting a video for IBM.  We were filming interviews about how IBM technology has been helping TIAA CREF to better handle data and their costumers.

Armed with two HDX900’s, Dave and I started out our day by shooting some b-roll.  The rest of the day was spent shooting interviews.  The first four interviews were filmed in a giant conference room.  The challenge of the day had to be changing the set up in a very short amount of time.

After four interviews we packed up and headed to a small meeting room.  We filmed some b-roll of TIAA CREF employees interacting in a meeting room.  Afterwards we set up for the final interview of the day.  All in all it was a smooth sailing shoot.