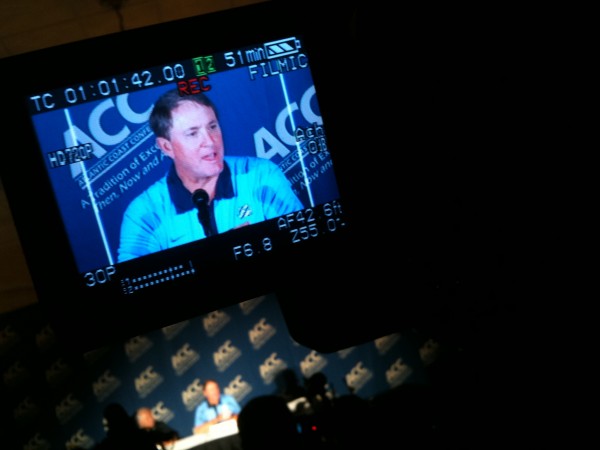 Nashville Crew heads to Pinehurst for the ACC Kickoff

College football is right around the corner and with football comes press conferences.  I headed down to Pinehurst, NC for the Atlantic College Conference Kickoff.  I was shooting for Sports Illustrated.com aka Turner Sports.  Armed with the dependable HVX-200 I covered two days worth of press conferences.  The first day was with players followed by coaches on the second.  The turn around time on this footage was literally over night.  After I filled up a P2 card I would dump the footage onto the Nexto hard drive.  Within minutes of the last press conference ending I had all the footage sitting on the Nexto.  I then simple handed the producer the Nexto, he plugged it into his computer and got to work on cutting the footage.  A few hours later you could find all the press conference on Sports Illustrated website.  How cool is that?  I just love how smooth the work-flow is when working with P2 and a Nexto.  The second day went just as smoothly.  Did I mention how much I love the Nexto? 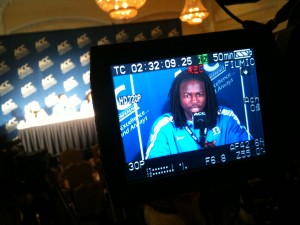